The Role of Echocardiography to Evaluate Cancer Therapy-related Cardiac Dysfunction 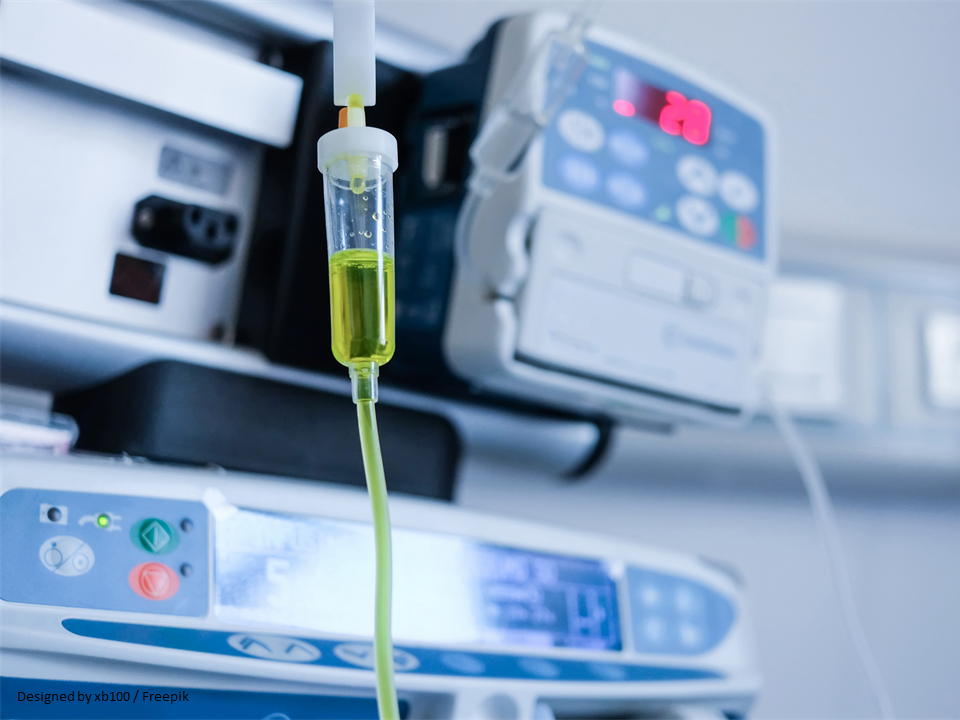 Advances of cancer management have improved the outcome and survival rate of patients with malignancy. Hence, longer life of cancer survivors increases their risk of experiencing cancer therapy-related cardiac dysfunction (CTRCD). That condition might cause cardiac injury and increased risk of developing late cardiac events. In recent cardio-oncology practice, echocardiography is the most widely used technique in clinical practice in the detection and surveillance of CTRCD because of its availability, feasibility, and cost-effectiveness. This article highlights the recommendations of the existing guidelines and providing practical guidance on the role of echocardiography in detecting the occurrence of CTRCD.

Cardiotoxicity varies by the type of treatment utilized and the mechanisms of cardiac damage involved. It has been classified as follows (figure 1) :

There are many varieties of how CTRCD defined. The definition according to the American Society of Echocardiography and the European Association of Cardiovascular Imaging expert consensus in 2014, is a decrease in the LVEF of >10 % points, to a value <53% (2D) echocardiography (2DE).1 The changes should be repeated 2 to 3 weeks after the baseline echocardiography study to detect any decrease in LVEF.

Other definitions of CTRCD depend on the specific anti cancer agent and  treatment modality, as well as the clinical setting in which they are observed and approved for use.2 The U.S. Food and Drug Administration (FDA) defines CTRCD is as follows;

The clinical feature CTRCD may be asymptomatic or symptomatic, and the reversibility may be categorized as;

Echocardiography evaluation of the LVEF

Since the definitions of CTRCD are based on a quantitative measure of LVEF, accurate data of the LVEF has to be provided during the management of patients with cancer. Echocardiography 2-dimensional (2D) has been the most widely used parameter to evaluate cardiac function in patients during and after potentially cardiotoxic therapy. However, some drawbacks should be understood in calculating LVEF as a parameter of systolic function. Simpson’s method is the method of choice for calculating LVEF. 3  The method used to monitor any changes in LVEF should be consistent whenever possible during treatment and follow up. The images obtained to calculate LVEF during baseline and follow-up echocardiography should be stored to be compared with the previous ones to reduce report variability. The wall motion scoring of 16 segments can be combined with LVEF calculation and has an added value in detecting CTRCD.1

Although LVEF is a robust parameter to assess systolic function, it has some limitation. The LVEF parameter might not be able to detect small changes in LV contractility caused by early myocyte damage.4 Inadequate visualization, geometric assumptions, lack of consideration of subtle regional wall motion abnormalities can cause inaccuracy and variability of the measurements.  More advanced echocardiography techniques can overcome those drawbacks and may increase the accuracy in calculating the LVEF. Contrast echocardiography provides better identification of endocardial border for correct tracing, while 3-D echocardiography can minimize the geometrical assumption in calculating the LV. 5 Measuring LVEF by  3-dimensional is more accurate, since it corelate better with cardiac magnetic resonance imaging (MRI) and shows better observer variability.

Another consideration for determining the LV systolic function using LVEF is the load dependency. Changes in loading conditions, which are frequent during chemotherapy, may affect the LVEF calculation. Load changing can occur as volume expansion due to the intravenous administration of chemotherapy or volume depletion due to vomiting or diarrhoea.

Evaluation of the subclinical systolic dysfunction

In general, diastolic dysfunction is likely to be the first and sensitive parameter to detect cardiac impairment. This could be driven by oedema or initial fibrosis of the myocardium which stiffens the myocardium. Diastolic dysfunction can occur in patients undergoing cancer therapy. A study reported that changes in mitral E velocity, E/A ratio, pulmonary venous flow, isovolumic relaxation time, and tissue Doppler velocities occurs as early as a few hours after the administration of chemotherapy.9  However, diastolic parameters have not yet demonstrated value in predicting subsequent CTRCD. 1

Evaluation of the right ventricle function

Data regarding the right ventricular (RV) involvement in cancer patients with CTRCD are scarce and conflicting. Right ventricular (RV) abnormalities may occur because of direct neoplastic involvement or due to cardiotoxic effects of chemotherapy. Some study reported that anthracyclines, trastuzumab and cyclophosphamide have been noted to have a negative impact on right ventricular function measured by conventional parameters and more advanced parameter such as strain.10-12   The lack of reproducibility data is also a concern in the application of RV strain for the assessment of cardiotoxicity. The prognostic value of RV dysfunction in oncology patients and its persistence during follow-up still need to be evaluated in further studies. However, the expert consensus mentioned that a quantitative assessment of RV chamber and function should be performed due to possible RV involvement.1

If by echocardiography the LVEF is <53%,13  GLS is below the normal limit with or without troponins elevation, the cardiologist and oncologist should discuss the risk and benefit of the situation. However, further cancer treatment is at the discretion of the oncologist.  If the quality of the echocardiogram is suboptimal, CMR is recommended. The expert consensus recommends that follow-up echocardiography for monitoring the LV systolic function should consider the specific type of anticancer agent received.1  The evaluation during cancer therapy for type I cancer regiment begin with a baseline evaluation, including measurements of LVEF, GLS, and troponin (figure 2). If any are abnormal, cardiology consultation is recommended. If normal, it is recommended to perform follow-up evaluation after completion of therapy and six months later. Cardiac MRI can be applied to confirm the LVEF. The value of the lower limit of normal (LLN) depends on age and echocardiography machine vendor and application.14 For type II cancer regiment, baseline evaluation including measurements of LVEF, GLS, and troponin is recommended. Measurements of LVEF, GLS, and troponins are recommended every three months during the therapy period. For monitoring subclinical LV dysfunction, baseline GLS data should be compared with the follow-up data during therapy. A relative percentage reduction in GLS of >15% is very likely to be abnormal, whereas a change of <8% appears not to be of clinical significance (figure 3). A repeat study should confirm the abnormal GLS value. The study should be repeated 2 to 3 weeks after the initial abnormal study.1

The LVEF and GLS values are load-dependent measurements. So, it is recommended to report the timing and condition while performing echocardiographic examination concerning the intravenous infusion of chemotherapeutic agents (number of days before or after treatment) as well as the vital signs measured during the test (blood pressure and heart rate), as changes in loading conditions may affect the GLS value.1

Biomarker also has a role in determining the presence of CTRCD. Elevated troponin during therapy is a mark of increased risk for subsequent cardiovascular events. An elevation in NT-proBNP is suggested for increased LV filling pressures in the setting of CTRCD. The negative predictive value of NT-proBNP may be useful, but further studies in this area are needed.

In the field of cardio-oncology, a good collaboration between oncologists and cardiologists is important to conduct prevention, early detection and management of cardiovascular disease in cancer patients. Recent advances in cancer treatment have led to improved survival rates for patients with cancer, which consequently increases the risk of developing cardiovascular complications, including CTRCD. Conventional echocardiography is used to assess the LVEF for detecting CRTCD during cancer therapy. Recently, myocardial deformation imaging with speckle tracking echocardiography shows great potential in detecting early signs of cardiotoxicity. 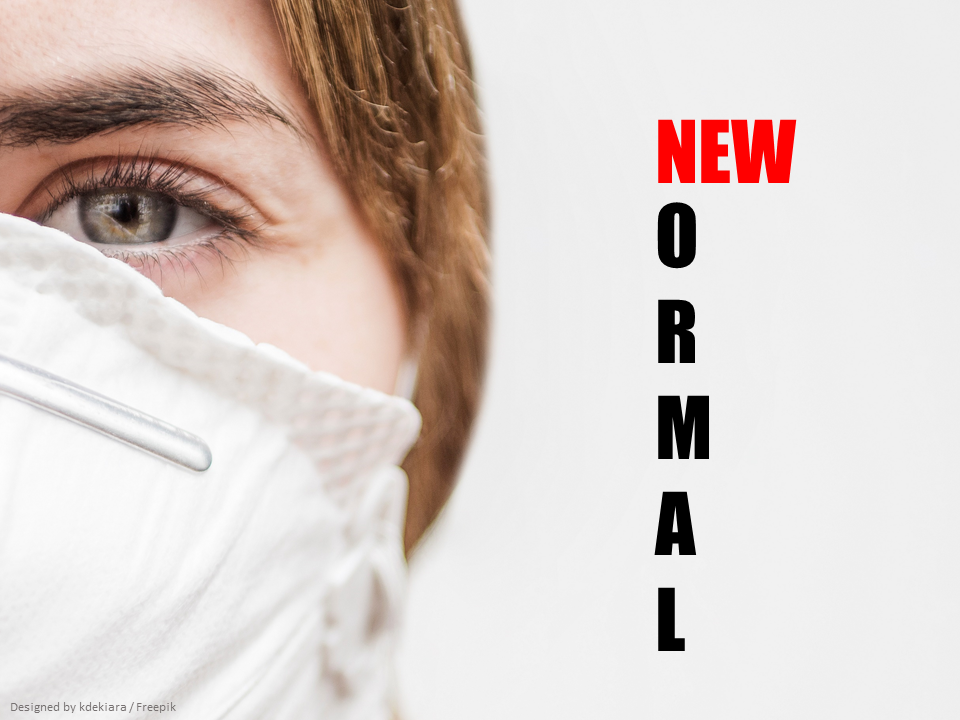 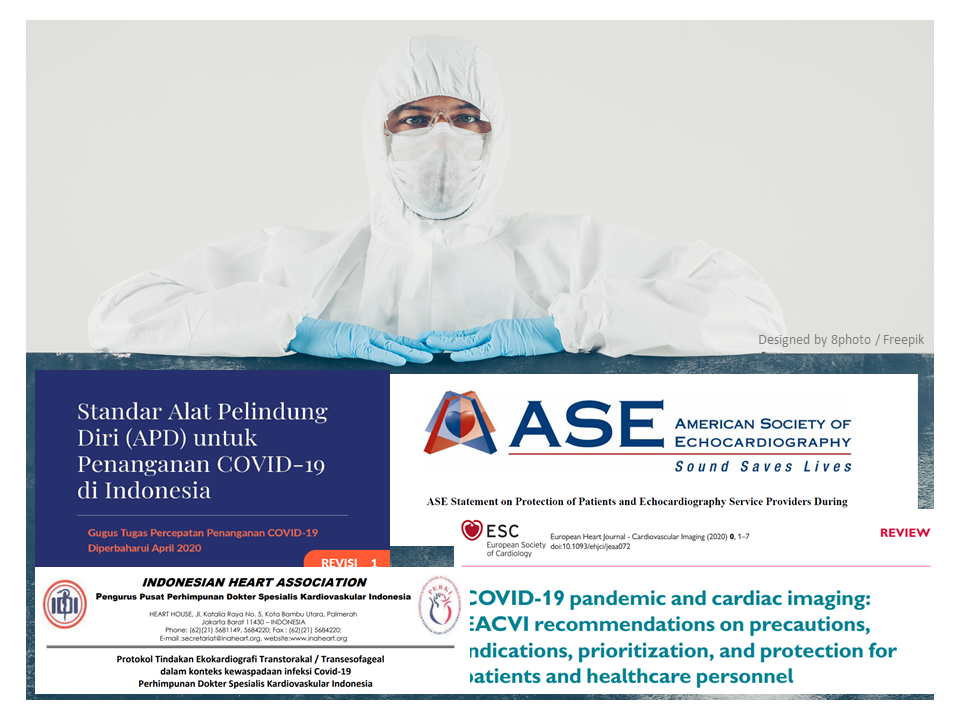 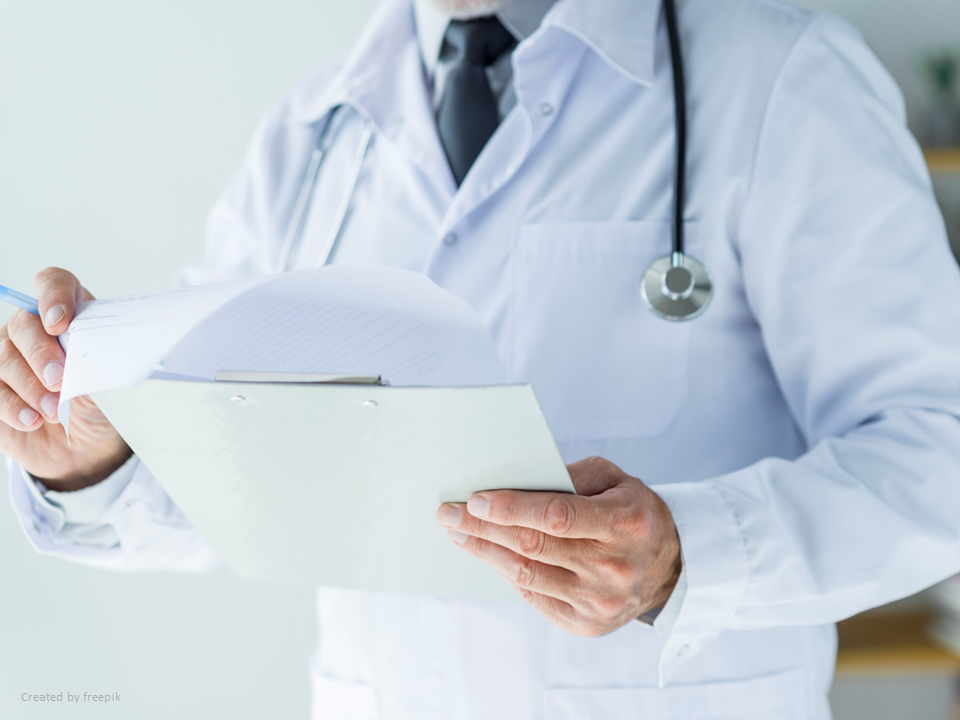 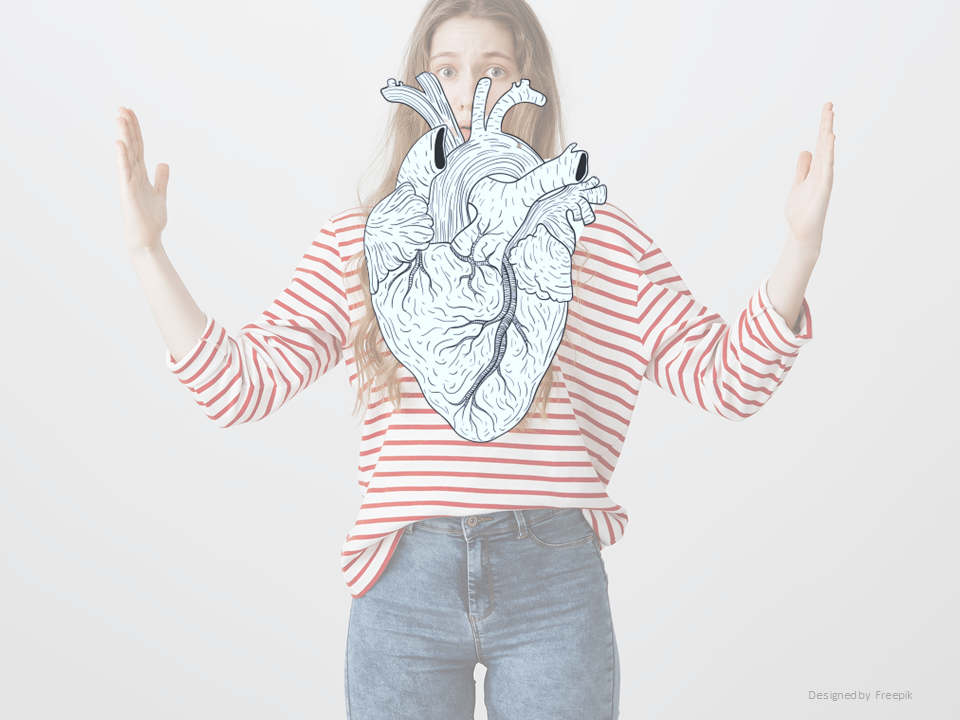 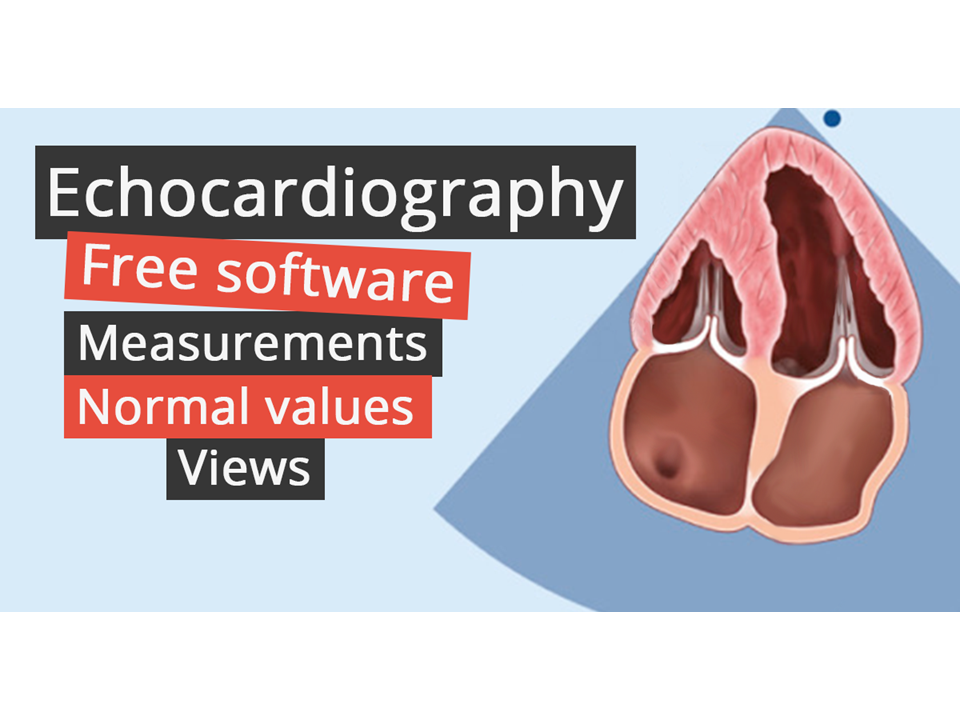 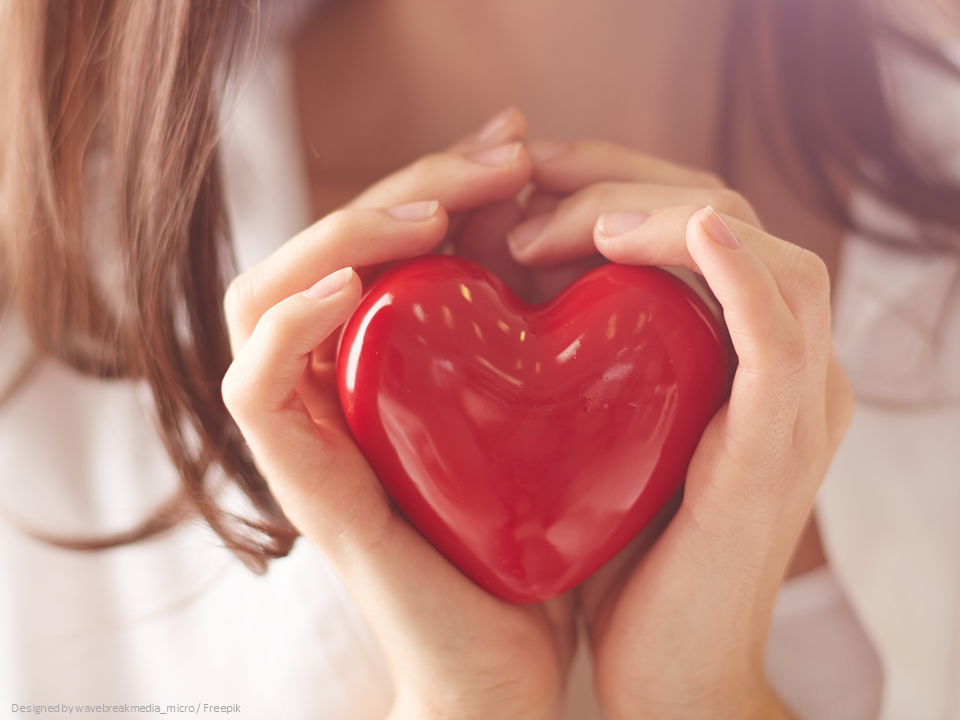 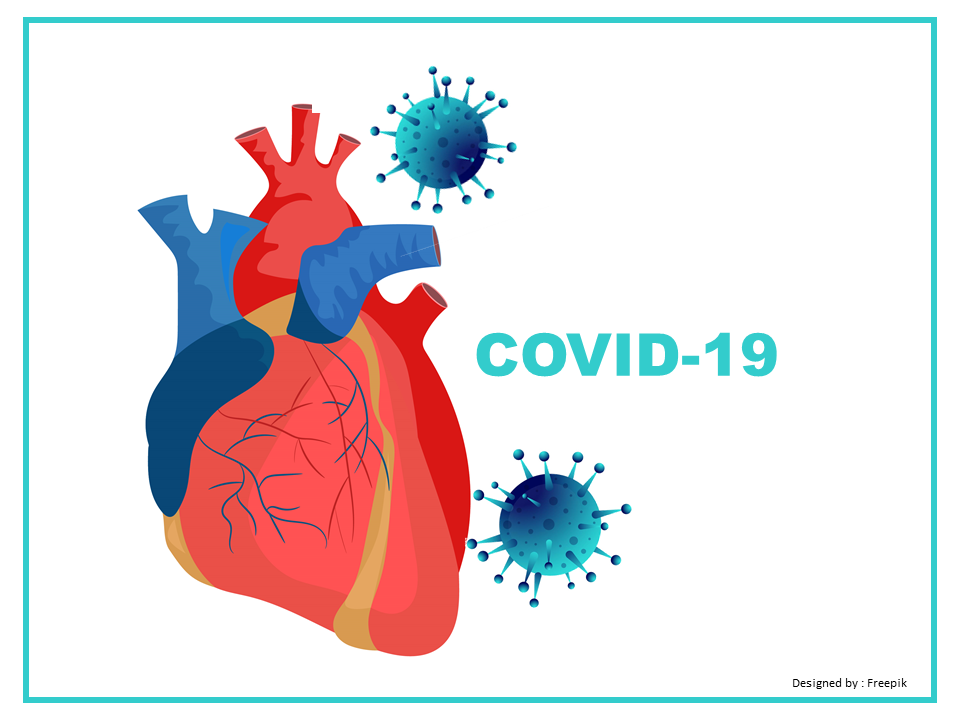 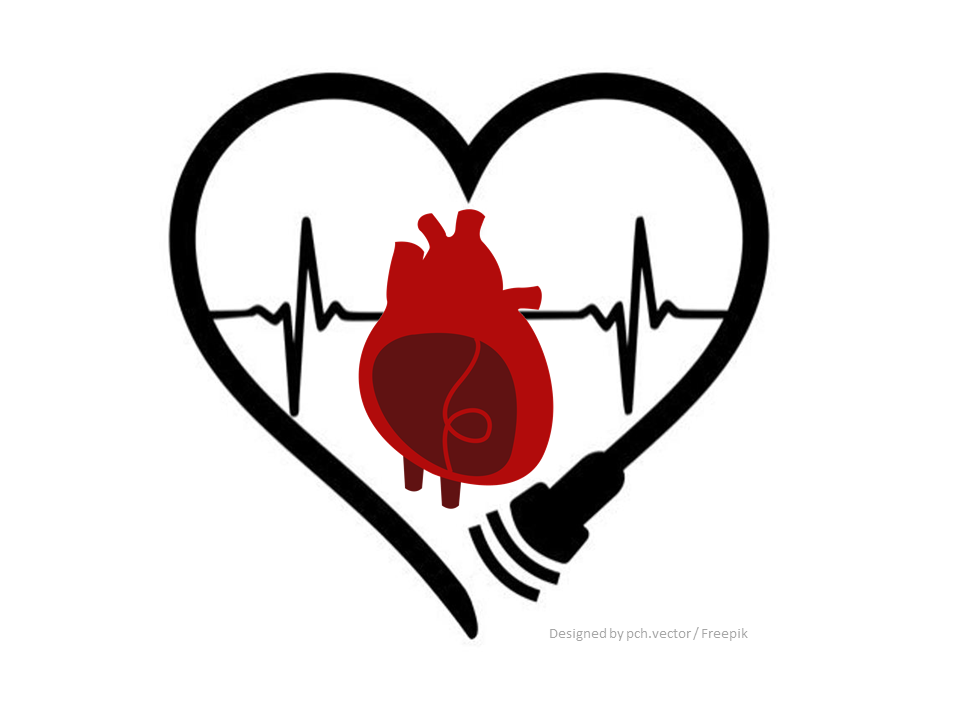 How to Perform Echocardiography Examination During COVID-19 Pandemic: Full or Targeted Examination? 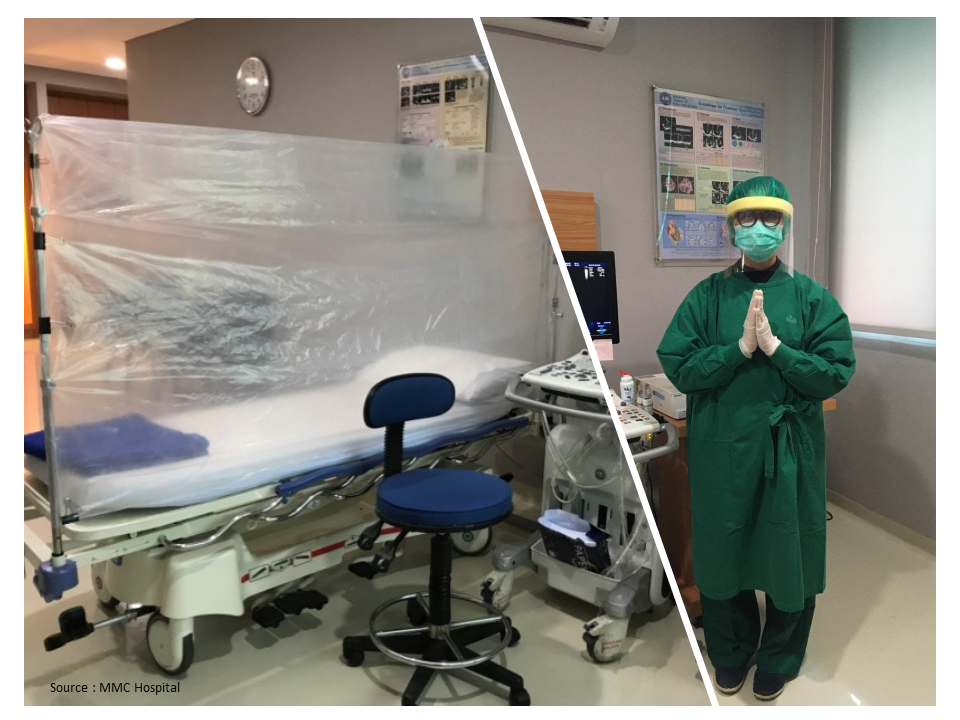 Protection of Echocardiography Personnel And Equipment in COVID-19 Pandemic: Application And Experience in MMC Hospital Jakarta-Indonesia

Indonesian Society of Echocardiography (ISE) is a working group under Indonesian Heart Association (IHA) which was made for medical practitioner who work or share interest in echocardiography field.

Thanks for contacting us! Confirmation email will be sent automatically upon registration. Please check your spam or junk box if you don’t receive the confirmation in your inbox.

If you find difficulty during registration, please contact inaecho.meeting@gmail.com